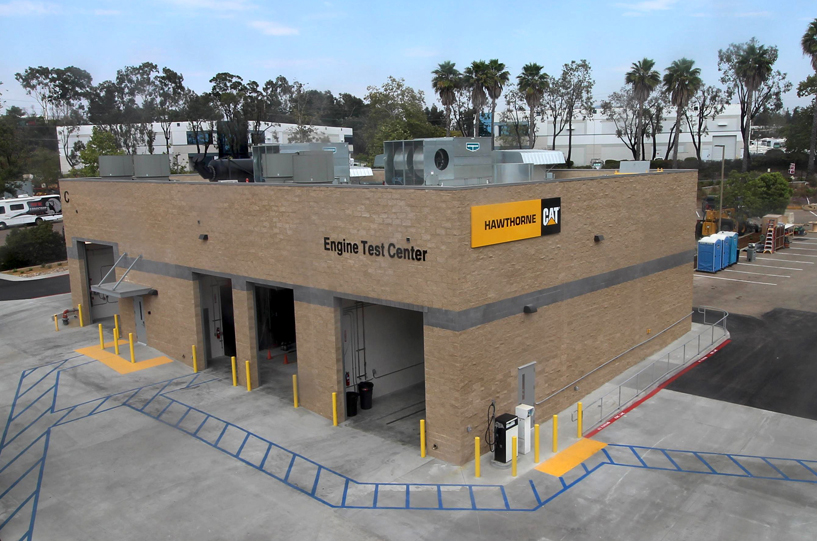 Providing best in class rebuild and testing services to customers

Keys to Success
Hawthorne Cat® worked with Taylor Dynamometer in the past and has always had good results. This project was no exception. Taylor worked with the construction team to value engineer the building and systems to help meet Hawthorne’s project budget. Building codes and parking restrictions at the new facility required a lot of the support equipment to be roof-mounted. So Taylor’s engineering team went to work on a roof design that would support the weight of the cooling system’s towers.

Another key piece to the successful implementation was involving Taylor’s Test Cell Design Services from the beginning stages of the project, well before any excavating occurred. This helped to reduce risk, costs and deliver a safe, convenient and well-organized testing facility. Throughout the project, Taylor remained in constant communication with Hawthorne Cat®, the engineering team and construction group to resolve problems before they impacted the schedule, keeping the project on track for their open house.